You may consider yourself a hardened outdoorsman, but if you have never camped in the KOA next to Mount Rushmore on the Saturday night of Labour day weekend, there is an outdoor experience missing from your  camping resume. 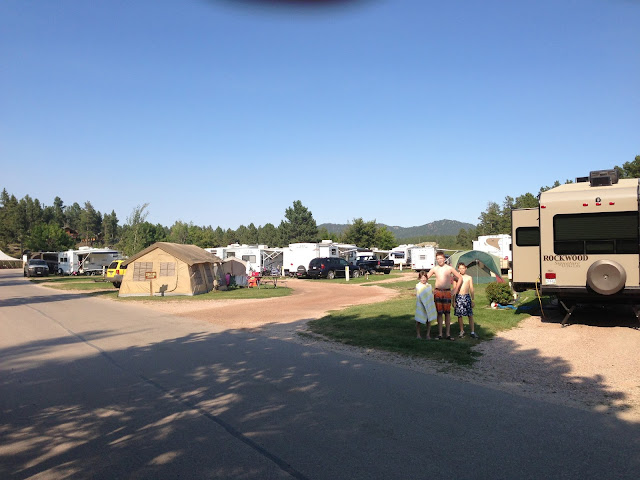 An example: written on the window of the pickup truck camped a few spots from us (I wish I had taken a picture of this)

We felt reassured to know that if a gun nut showed up in the campground, this guy was there to shoot him for us.

Anyway, we made it to the Mt. Rushmore area after a fairly uneventful drive through Wyoming and into South Dakota.  We got to the aforementioned KOA in good time, and despite the crazy weekend crowds, the kids had a great time exploring the water slide, pools (that's right, two pools), climbing wall, and "fun zone".  This was definitely not a wilderness camp ground. 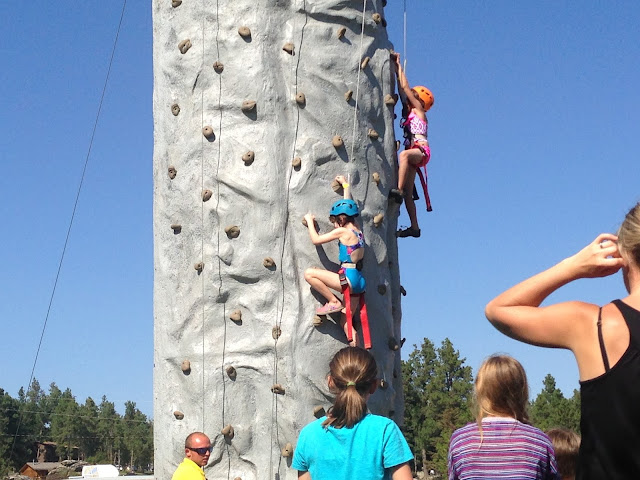 When we finally went to set up our camp, we realized that our air mattresses were not going to work without some way to inflate them, so we had to hop in the car and head to Rapid City to get what we needed at Walmart.  After a quick dinner there, we headed back to the camp ground.  As we drove past the Rushmore monument, we saw that the night time lighting ceremony was about to start, so we pulled in to watch the excitement. 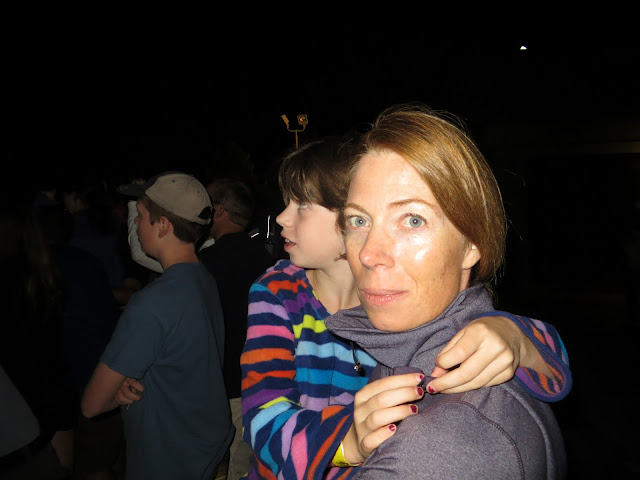 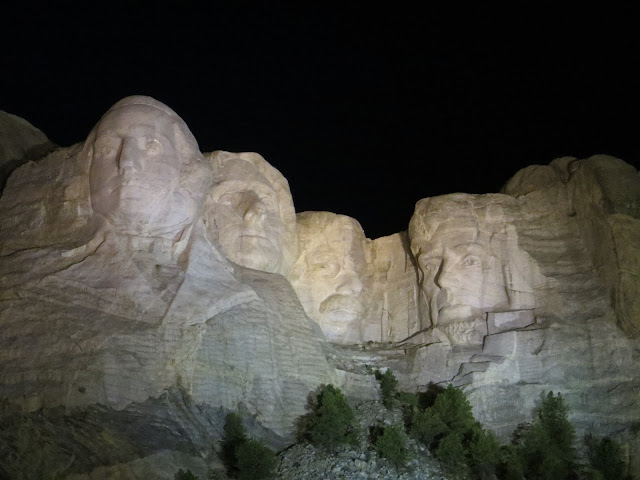 Mount Rushmore was an unusual place.  We didn't expect much based on our first glimpse as we drove by on the highway, but the history and patriotism displayed in the monument and the lighting ceremony was oddly moving, even for Canadians.  The Americans certainly do a much better job glorifying their past than we do.  You could see how at least some of the pride Americans take in their country was being created right there in the South Dakota summer evening.  I'm sure American kids who see that place, and that ceremony, have an indelible pride stamped on their psyche.

After an OK night in the KOA, we packed up as early as we could, and headed back to the monument to see it in the daylight.  Still pretty impressive.  Overall, I'd recommend a visit to Rushmore, even if you are not particularly interested in American history. 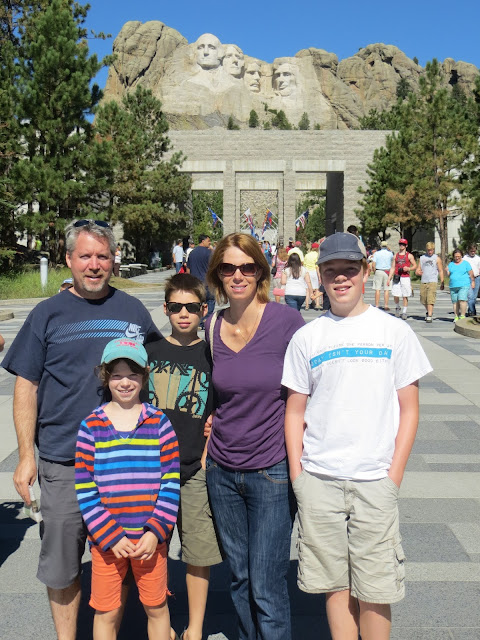 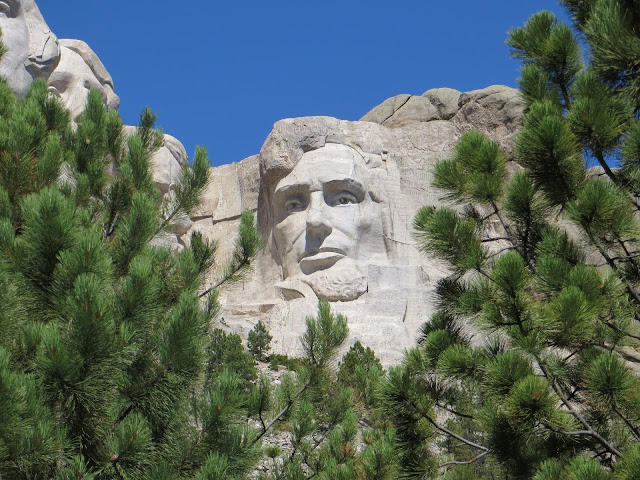 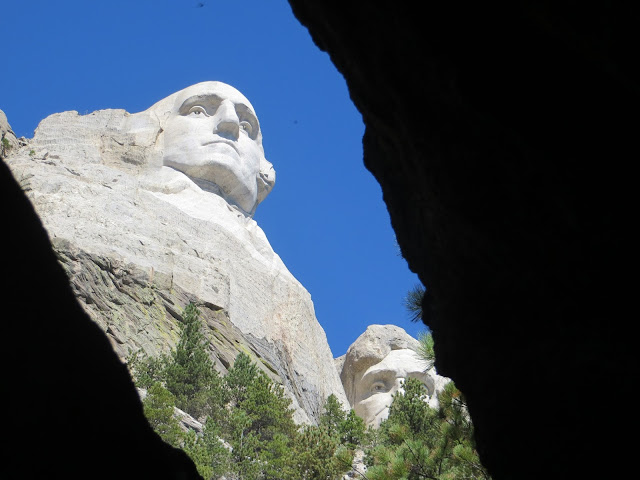 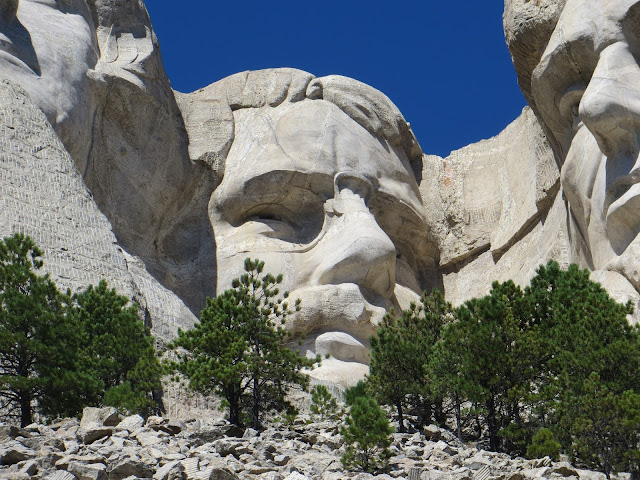 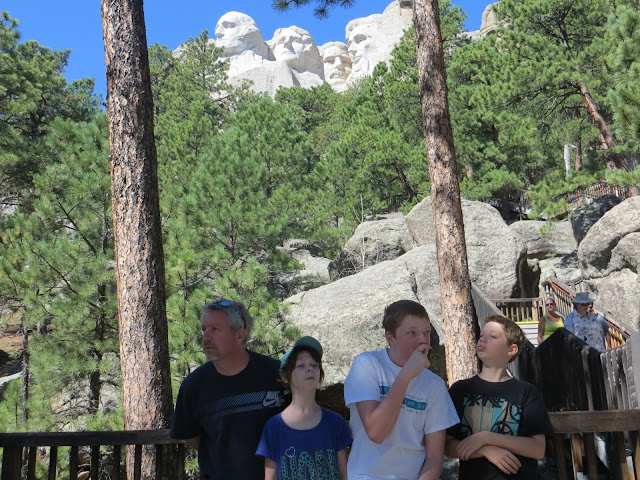 After Rushmore, we hit the road, and crossed the rest of South Dakota.  Pretty much the American equivalent of Saskatchewan.  Flat, straight, and uneventful, except for Wall Drug, which is a crazy drug store sitting smack in the middle of the state.  The reason it stands out is that there are signs and billboards every minute or so for 50 miles on the interstate before you get to Wall Drug.  The store itself takes up an entire city block, and has more folk art and craziness than you can figure out what to do with.  Definitely a tourist trap, but it makes a welcome stop across a flat state, and after all those signs, we had to stop. 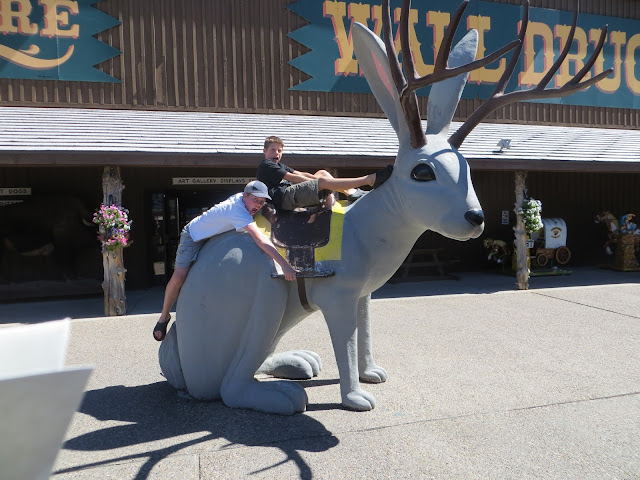 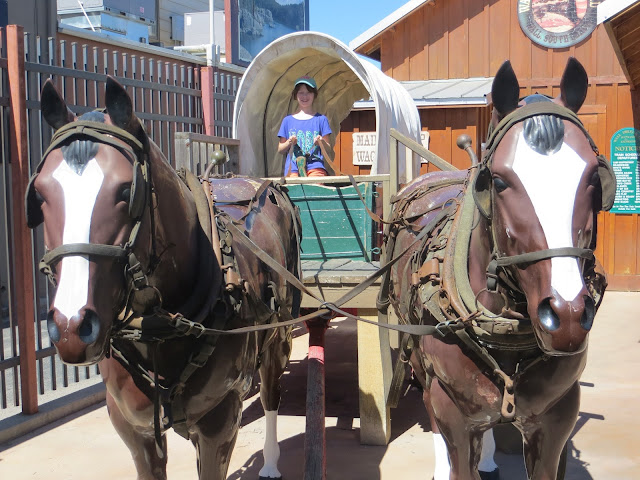 We spent that night in Sioux Falls, in the southeast corner of South Dakota.  Yesterday, we hit three different states; starting in South Dakota, most of the day was spent crossing southern Michigan.  Then, in the evening, we pulled into Wisconsin, and made our way to the Wisconsin Dells.  The Dells are a huge touristy area, famous for massive water parks.  The resort we are staying in is built around several of them, but I will let the kids give you the details on that in their next posts.
Posted by smountain at 7:42 PM