I was excited to leave Washington D.C., not because I disliked the large patriotic city but because of the landmark ahead… New York! 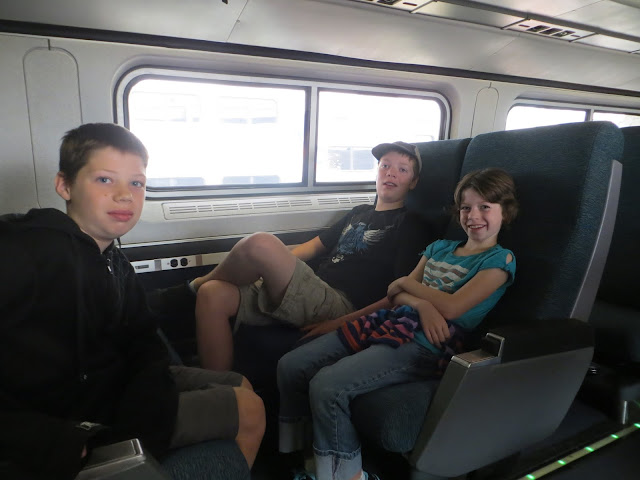 We boarded the train excitedly, because even if it would take us a few more days to get to our boat’s home in Florida we were about to see one of the largest cities in North America. So as we got on the train and attempted to find seats I discovered 2 groups of 2 x 2 seats across from each other.  So we filled the space with ourselves and luggage, then began to enjoy the ride.

With delight we discovered there was Wi-fi.  So I spent most of my time on the internet looking at various things, including comic strips etc. Because we were riding over the course of lunch time I got very hungry very quickly and we decided to go to the lunch car where we could buy food.  Unluckily, every time the train turned it would feel like the last 20 minutes of Titanic, making it hard to navigate there and back.  Also my microwave pizza wasn’t amazing, so it wasn’t ideal. 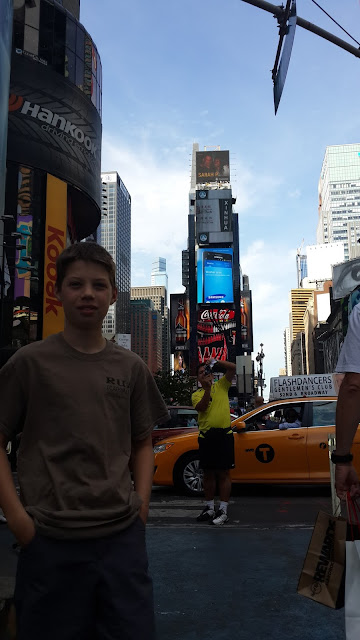 Finally, after three hours, we began to arrive in the great city of New York.  As we gazed upon the ginormous city the World Trade Centre stood out high over all other buildings. Then we departed the train and entered the grand city of New York 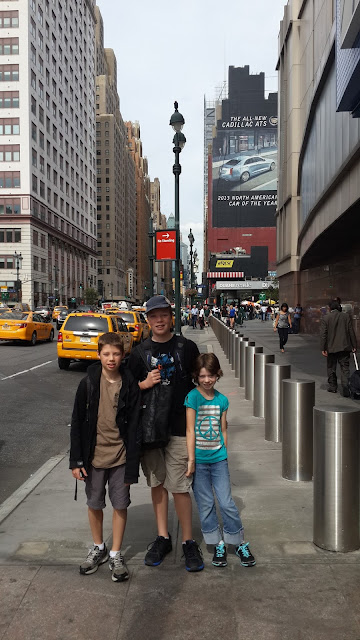 .
A note to those of the city and cranberry soda: