Posted by Christofoo and Alexander too.

Cuba is a beautifully tropical archipelago south east of Florida. The main island is the largest in all of the Caribbean, at 1250km long. The capital of Cuba is Havana. 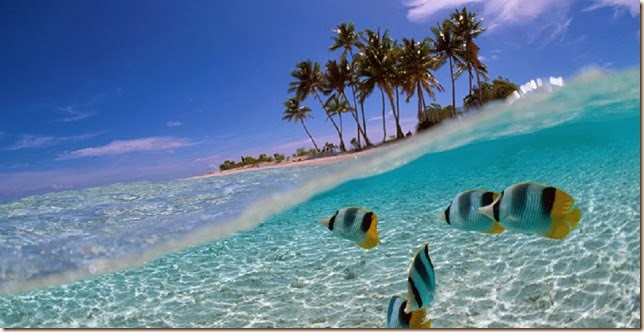 Americans can no longer go into Cuba but this is not really the Cubans fault. Well… it depends how you look at it. The situation was caused by the Cuban missile crisis. Here’s how it went down. The U.S. had moved missiles into Turkey pointed at Russia. Since Cuba was in the soviet republic at the time, the Russians decided to move missiles into Cuba pointed at the U.S. The Americans decided it was wise to create a blockade around Cuba saying that Cuba was on “Quarantine”.

After all this the U.S. supported an embargo which has kept Cuba from any 1st world commercialism and resources. All the cars in Cuba are 50 years old and they only have things like microwaves, cell phones and computers from the black market. 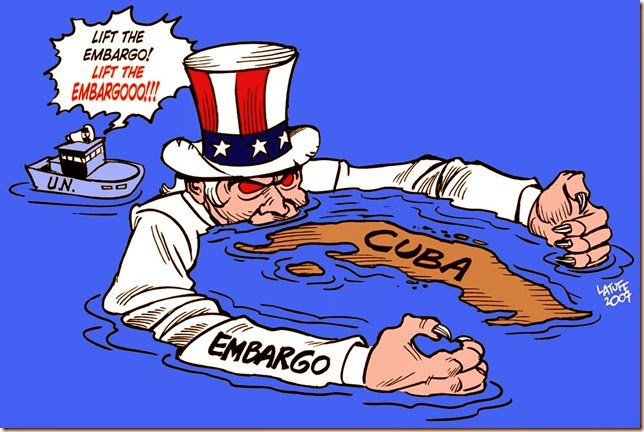 Eventually after tons of politics nobody really wants to hear about, Cuba ended up giving up the missiles. They did shoot down a U.S. pilot though. So after all this the Americans decided that none of their people should be aloud in Cuba. (But we’re Canadians so Yaaaaaaaaaay!)

If you're planning on buying something in Cuba you will probably need some convertible pesos. That is the currency that is used in the tourism industry in Cuba and it will be accepted anywhere you go. You may hear Cubans calling this currency CUC. These have the same value as a U.S. dollar. I don’t know where the U and the other C come from but that is the abbreviated form for convertible pesos. Cubans are paid wages in Cuban pesos. (CUP - Don’t ask me). 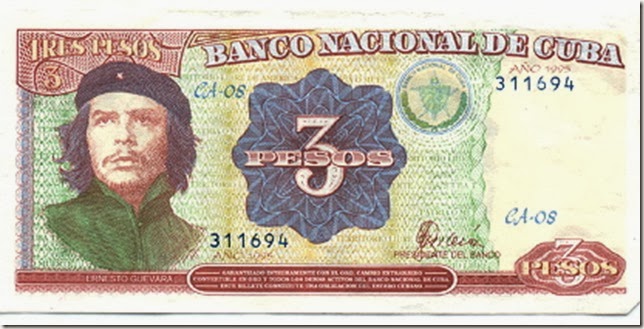 You know the economy has suffered a blow, when doctors are getting paid 350 CUPs a month. One American dollar is equal to 26 Cuban pesos (CUPs). Sadly this happens to be the case in Cuba. Although Cubans get food stamps which allow them to buy food at a nominal price and  they get free education, tourism is usually the only reason for using convertibles (CUCs).

Cuba should be credited for it’s amazing education system. They have more doctors than any other country in the world.  Industry in Cuba is comprised primarily of “unrecorded transactions”. This seems a little suspect to me but these transactions could be anything so there need be no assumptions about what goes on in them. (Drug dealing might be a problem Cuba should address). The second biggest industry is the one of nickel mining and selling. The third biggest is Cuban cigars. No wonder. 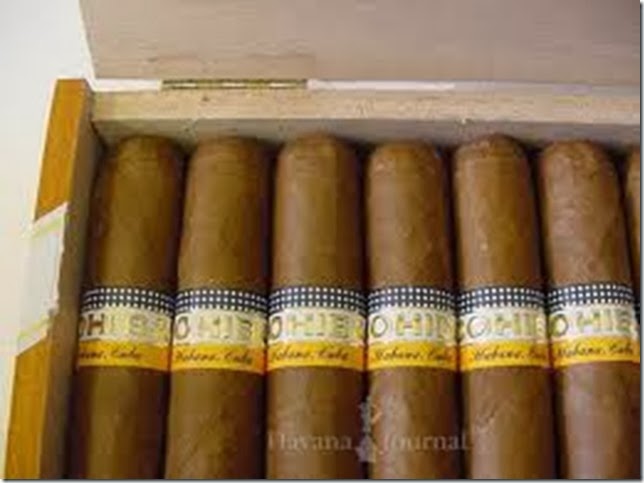 Cubans speak mainly Spanish which is their national language. They also enjoy sports, originally influenced by Americans, like baseball. They have a little bit of internet in Cuba, although this internet is HIGHLY MONITORED. The Cuban government do lots of things like reading other peoples emails, censoring sites, and only permitting Wi-Fi in small areas that, again, are tightly monitored.

Not to scare anybody because nothing here has been confirmed, but the Cuban government has been accused of a lot. From torture to illegal execution to unfair trials. I’m sure that Cuba has nothing to hide and we’re going to be fine. But then why did they have the highest number of imprisoned journalists in 2008? This country has police which are called PNR.  Just dial 106 and they will come to help.
P.S. don’t be worried we’ll be fine. 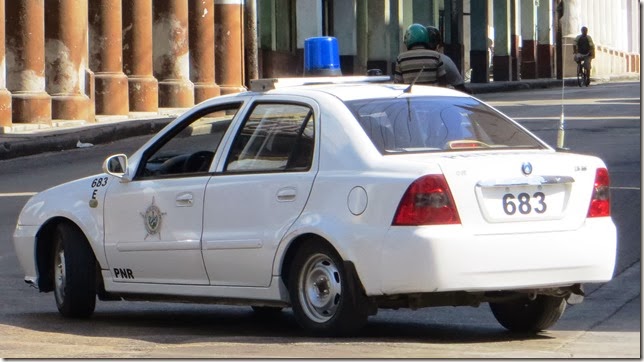 These are some of the places we might visit in Cuba.... 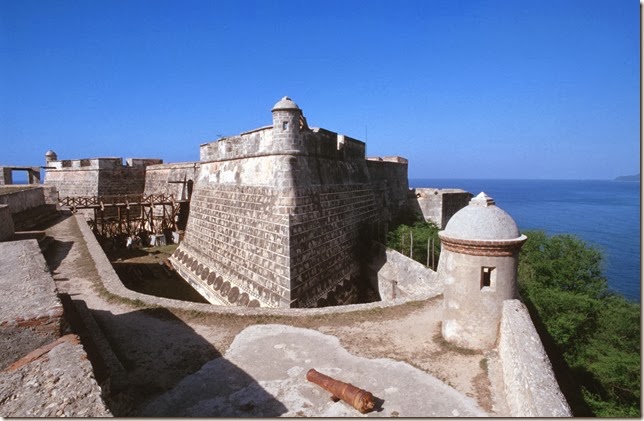 One of the things we will probably get to do in Santiago is a hike up 454 steps to reach the top of a giant rock from which an amazing view can be seen.

Trinidad
Trinidad, is full of old museums. This is probably because Trinidad is VERY old. This also contributes to the fact that they got a great spot to build a city. It is full of natural beauty, especially on the beaches and mountains. 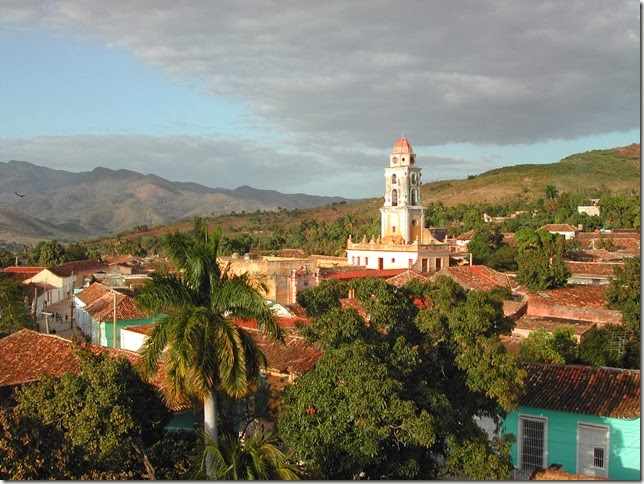 Havana
Havana is a place that sounds like banana and savanna and it’s the capital of Cuba. Havana 1 everywhere else 0. There are three major sections to the city. Old Havana, Vedado and the new suburban district. It’s a great place to see a statue of John Lennon. Maybe even snatch his glasses. (You would't be the first.) You can go for a stroll on Havana’s waterfront. They have a museum dedicated to learning about the revolution and a statue for it as well. There is plenty of restaurants and a large music culture. All in all Havana banana savanna is a very interesting place. 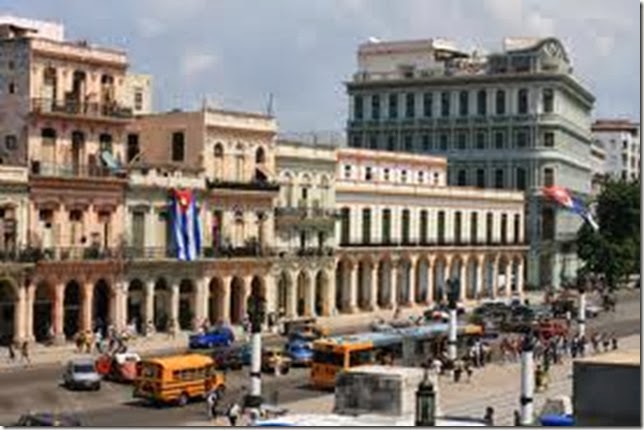 Thank you and good night! chickens!
Posted by smountain at 7:47 AM