We got in to the shuttle bus that goes from Stock Island Marina, to down town Key West where all the tourism happens. There were some other nice boaters in the bus, and our parents began to talk to the other boaters, about this and that. The shuttle was very nice, and MUCH less cramped than the one in Guatemala had been. Also, I had a nice seat at the front, this time facing the windshield. We drove for about twenty minutes with all the talking going on, until finally we stopped next to a walk, that was by the water. We were going to spend the day in the colourful downtown of Key West, and apparently, so were the other boaters, as they clambered out behind us.

The first order of business was food. We were all starting to get hungry, considering it was high noon. Something that we had not had for a long time, was the ability to choose any restaurant without fear of diseased or spoiled food being served. But because we were in America, this was not an issue. So we went in to a nice little café restaurant place called Key West Lime Shop. We went to order, and our server, was really nice. He recommended a drink called key lime soda, so much that we all ended up getting it. It was, really good and we were all happy he had. He also explained why they had key lime soda. Apparently sailors used to bring limes to key west, and so they used it in a lot of recipes. It ended up being a bit of a gimmick and so the whole town had key lime things. I ordered a sandwich, and when I got it, I knew it was going to be just scrumptious.

When we were done eating, Alexander prompted me to go to the gift shop with him. So I went with him, only to learn why they called it the Key Lime Shop. It was FULL of different Key Lime flavored things. There was Toffee, jelly beans, ice cream, pie, and everything else you could imagine. Alexander and I kept looking around for a while, then we decided to keep going to something different. 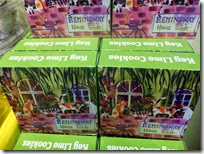 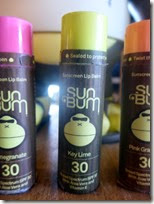 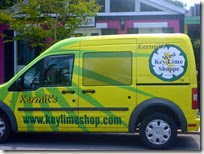 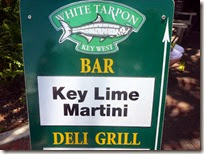 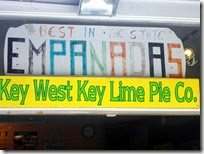 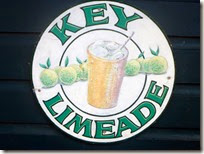 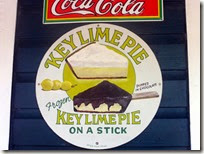 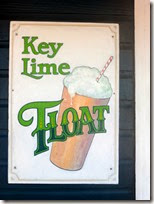 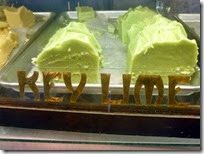 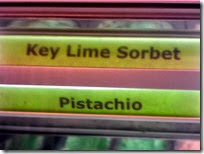 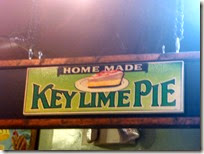 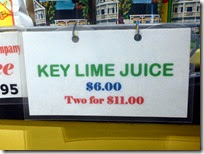 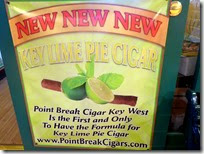 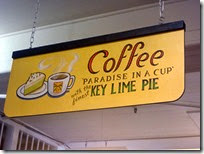 If you like Key Lime, you`ve come to the right place.

Next we walked over to the West Marine, (which for those of you who don’t know what that is, it’s essentially where you buy everything you’d ever need for boats) and we spent about an hour there, getting touch ups and extra spare parts and stuff. I mainly just sat down and watched the video that the little GoPro stand was showing. It was about a half hour long, so I spent half the time doing that.


Finally it was 4:00, so we began to head back to the shuttle pick up station. We waited there fifteen minutes. Then the shuttle arrived. The shuttle was very relaxed, with not too many people in it, maybe seven including us. So we collectively decided to go on a bit of a tour with the driver. So we drove us around the town a bit showing us the coolest stuff that we had missed.


We finally got back to the marina, after an educational tour of the island.
Posted by smountain at 7:01 AM