Check me in, check me out

Mexico is the 10th country we have been in, in as many months.  Of all of them, Mexico wins the prize as the most bureaucratic.  As fun loving as Mexican people are, they really seem to like their rules and paperwork, at least in this part of the country.  In most of the other countries we have visited, we got the distinct impression that the customs and immigration agents were pretty much just going through the motions.  Lots of the forms we have filled out have been photocopies of photocopies, and we were pretty sure they were destined for the bottom of a drawer or a shredder somewhere, never to be looked at again.  Not so in Mexico – every form has to be filled out perfectly, and they seem to need at least 6 copies of everything. 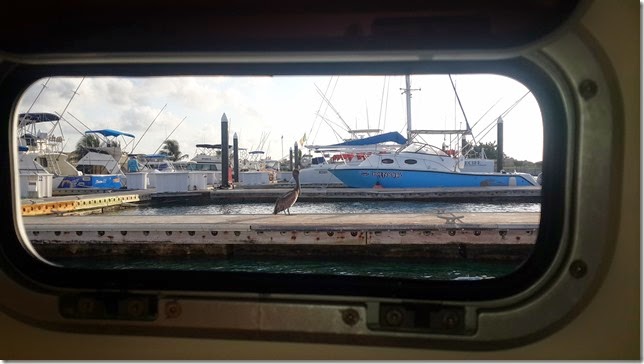 We first arrived in the country at the Marina El Cid in Puerto Morelos.  There, we were not even allowed to attempt to check in to the country on our own.  We had to hire an agent, which made Mexico one of the more expensive countries to check in to.  We arrived on Saturday, so no customs officials were actually working.  The agent happened by the marina to pick up a computer he had left there, and he made a couple of calls for us, which allowed us to get off the boat and look around prior to our official check in.  That didn’t happen until Monday.  Even though we had been in the country two days by then, we still had an official visit our boat, and go through all our food in the fridge.  Despite the cost of the agent, when I saw all the paperwork he had to fill out for me to sign, we figured it was probably worth it.

Checking out yesterday in Isla Mujeres was done without an agent.  We first had to go to the Port Captain’s office.  The building was clearly marked with a sign labelled Capitania de Puerto, so at least it was easy to find.  Once inside, we were faced with multiple desks behind which men sat typing away.  There was no main desk, or reception, and no one looked up to acknowledge our presence.  Eventually we just approached one, and he turned out to be the Port Captain.  After going through all our paperwork, he told us he needed photocopies of all our passports.  He directed us to a shop a few blocks away where they would make copies for us.  We couldn’t help but notice the six photocopiers in the office as we walked out to get our copies made.

Once back at his office, he stamped everything up and wrote us out our “zarpe”.  We paid him his fee, and as often seems to happen when we check out, got no receipt.

We then walked up the street to immigration.  This building had no sign at all, and if it hadn’t been for some other cruisers, we never would have known where it was.  In fact, we ran into another cruiser trying to exit the country who didn’t even know he had to go to immigration.  Once there, all our paperwork was examined again.  “Where is your receipt for the taxes you paid when you entered the country?” the immigration agent wanted to know.

“Ummmmm, we’re not sure,” we replied.  “Everything the agent gave us is here.”  We had never needed an receipt in any of the prior 9 countries we have visited, so we were a bit surprised by this request.  After going through everything again, it was clear the receipt wasn’t present.  “You need the receipt, or you will have to pay all the taxes again,” she told us.  So, we left the building, found a cab, and headed back to the boat.  A quick search or all our paperwork revealed the receipt in question.  Back in a cab, and back to the immigration office. 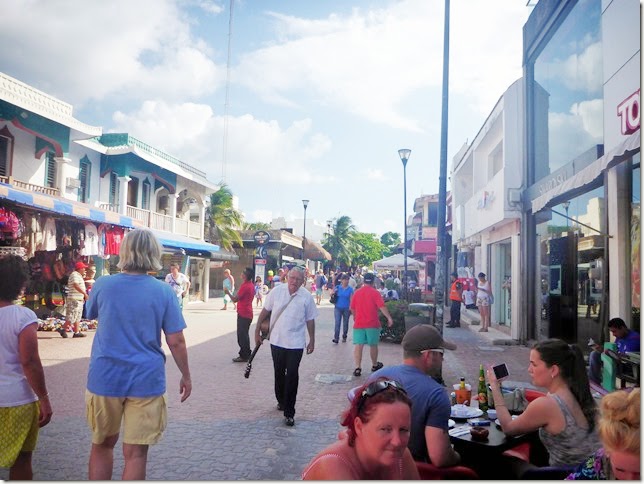 This time, though, another agent was on hand.  He didn’t even look at the receipt we had just gone back to the boat to get.  Instead, he took all our paperwork and disappeared into his office for 15 minutes.  After that time, he came out and said “OK, almost all done.   We just need photocopies of all your passports.”  As we glanced hopefully at the photocopier sitting right behind him, he directed us again to the store a few blocks away.

So, back we went, this time guiding several other sailors to the photocopy shop, who were all going through the same process.  Then back to immigration, where we finally managed to get signed out of the country.  Interestingly, as we were finishing up the paperwork, the agent realized he needed one more copy of something.  So, he turned around and used the photocopier sitting in his office. 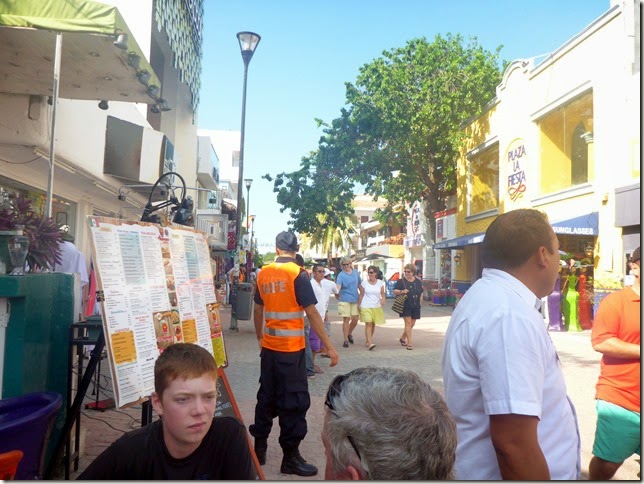 The Mexican rules don’t just apply to customs and immigration either.  The other day, we were shopping in the big grocery store here, Chedraui.  We were stocking up the boat, and among other things, we had picked up a case of beer.  It was before 9:00 a.m., though, and there is a rule here that they can’t sell alcohol in the morning.  No big deal, we just put the beer back on the shelf.  Things got a little weird when we got to the 12 cans of Root Beer we were also trying to buy.  Seeing the word “Beer” on the package, the clerk once again told us we couldn’t buy it until after 9:00 a.m.  It took a supervisor and some negotiating to work that one out. 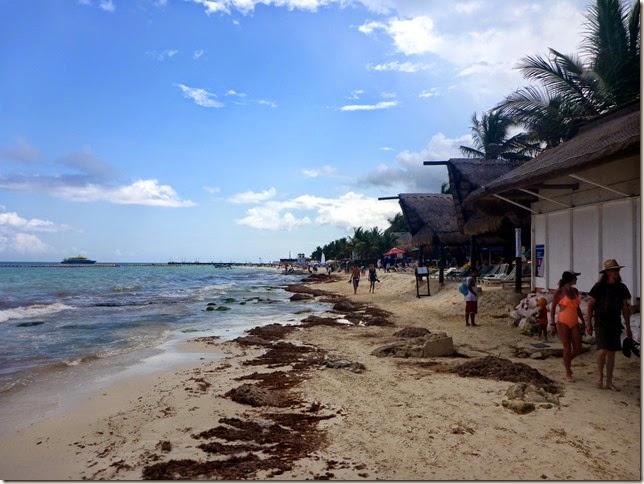 Yesterday, we got caught up in the Chedraui rules once again.  The day before, we had purchased a couple of Energizer flashlights to use on the boat.  After opening one, they seemed a little cheap, so we decided to return the unopened one.  We took it back the next day.  After producing the receipt, we were told they only took returns the same day, so they wouldn’t take this unopened package back, since it was 24 hours later.  Despite our protests, and having the receipt in hand, this policy was confirmed by the supervisor.  Not a big deal.  It just seems like a funny policy to us.  Welcome to Mexico!
Posted by smountain at 6:25 AM