It turns out, you can go home again.

In North America, there are one or two nations that are a bit more vocal than the others about calling themselves “the greatest country on earth.” (OK, one.  It knows who it is).

I certainly don’t pretend to be qualified to be the judge of something like that.  I’m not even sure how you could objectively measure that kind of thing.  Oh, sure, I suppose you could look at things like education, health care, life span, income, poverty levels, etc., but really, what would any of that prove?

My point is, whatever nation is the best on earth, as we sailed aboard the Black Ball Ferry into Victoria Harbour, it was immediately clear to us that this was by far the cleanest and most beautiful city harbour we have seen anywhere.  Driving north on Vancouver Island towards my parents place, we couldn’t help noticing how incredibly green everything was.  How calm and pleasant the traffic was.  How clean the city streets were.  All the things that we used to take for granted stood out in stark contrast to everything we have been exposed to in the last year.  Greatest country on earth?  Like I say, who knows?  I haven’t been to every country on earth.  But I can say without a doubt, I am sure glad I live in this one.

We’ve had a great time visiting my folks for the last few days.  The day after we arrived, we went back in to Victoria to take in an IMAX and tour the legislature, which is something we never did when we lived here.  We were really proud of the great tour the guide gave us at the parliament buildings.  The tour guides here could teach a thing or two to some of the guides we had on tours in the states.


We have also been trying to keep ourselves fit in anticipation of some hiking we plan to do when we get back to the mountains.  We took a morning and climbed up Mount Tzouhalem just outside of Duncan, which is right behind our old house.  We also hiked out to the Kinsol Trestle, which at one time was the biggest train trestle in the world.

Today, we hiked down to the ocean and watched boats battle their way through Dodds Narrows.  This thin gap between Vancouver Island and the Gulf Islands channels a lot of water through a small space in a hurry.  The current was running somewhere around five knots when we were there today.  Still, a couple of boats fought their way through, despite the rapids and eddies that had built up in the channel.  Great fun to sit and watch.

The other cool thing about the hike down to the narrows was that someone had taken it upon themselves to add a little wildlife to the environment.  For the first half of the hike, there were toy dinosaurs posed at various spots throughout the forest.  Some of them were really small, and you could easily have missed them all if you weren’t looking.  Fortunately, Christopher spied the first one, and then we kept our eyes open and found a bunch more.  Pretty great way to make the  hike fun for the kids. 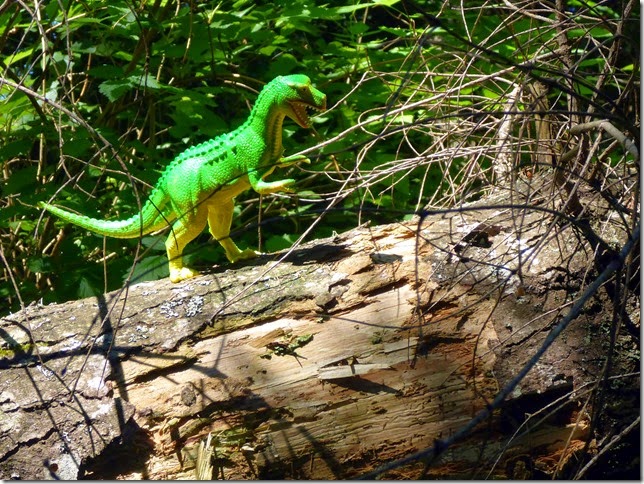 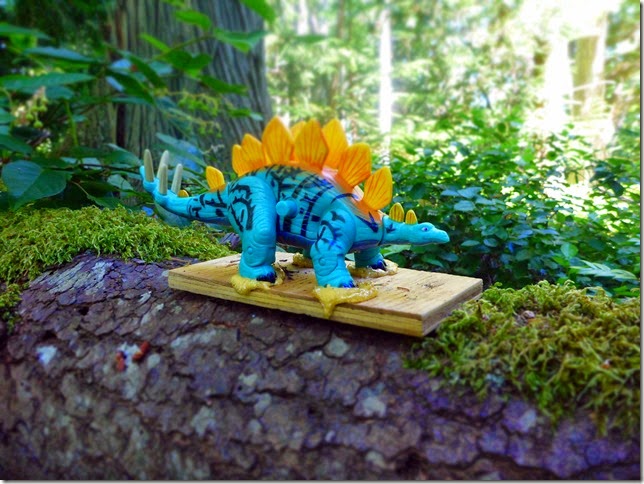 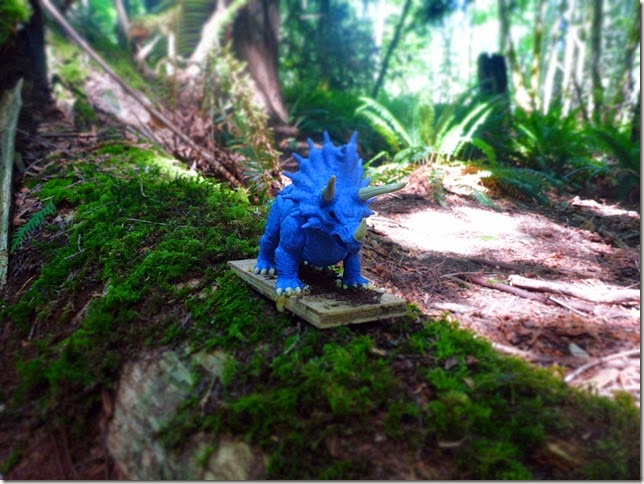 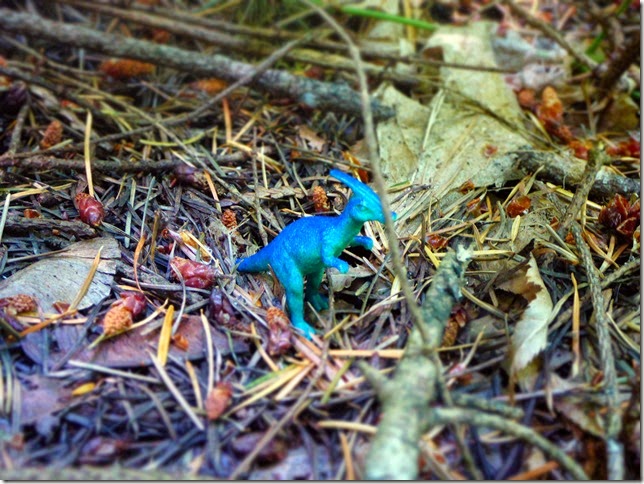